Turning on a lathe #

If we did not have any experimental estimate of .$\phi$ (since it’s a function of the material’s properties) but we did have an estimate of .$\beta$ and knowledge of rake angle .$\alpha$ (since we can control the tool we use(’s rake angle)) and the shear strength of the work material, .$\tau_y$, we could use Merchant’s shear angle relationship to predict both .$\phi$ and the cutting force.

(a) Schematic illustration of a right-hand cutting tool for turning. Although these tools have traditionally been produced from solid tool-steel bars, they are now replaced by inserts of carbide or other tool materials of various shapes and sizes, as shown in (b). The insert is the actual cutting feature.

02-03: Other cutting processes based on plastic deformation # 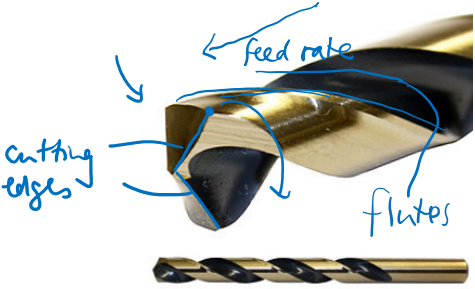 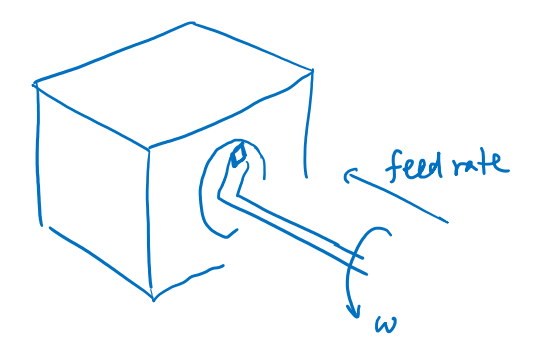 Other subtractive processes not based on plastic deformation # 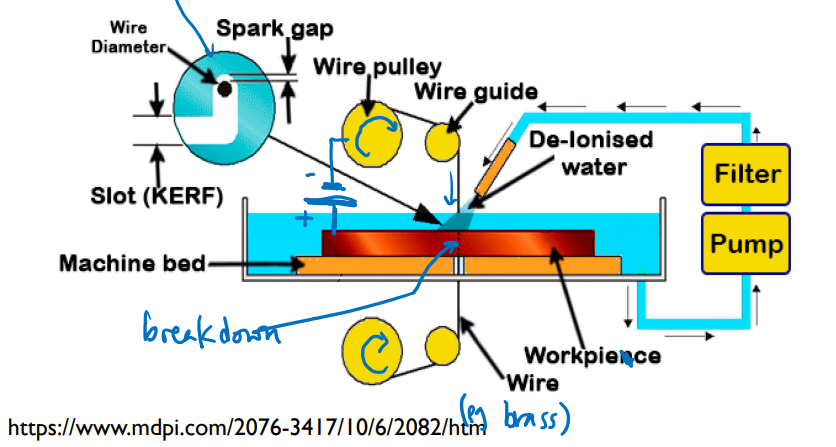