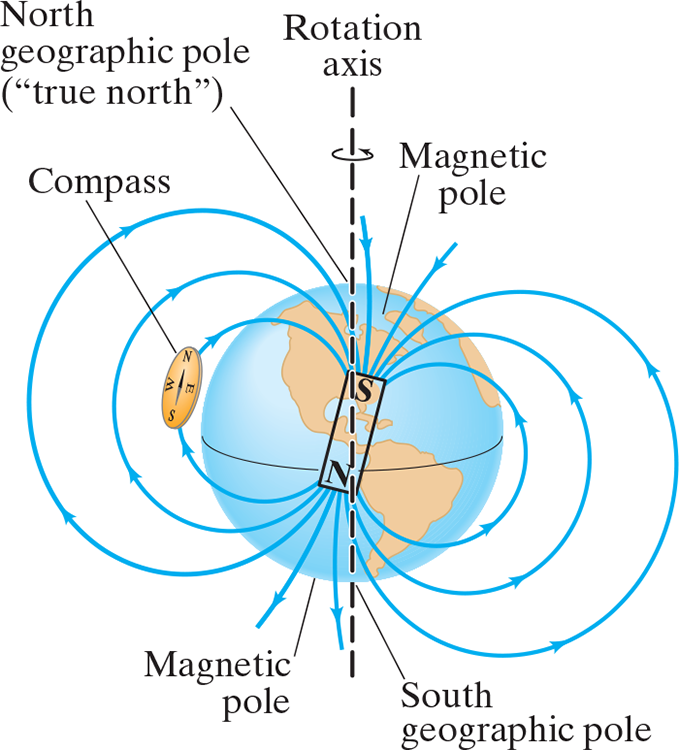 The Earth acts like a huge magnet. But its magnetic poles are not at the geographic poles (on the Earth’s rotation axis).

27.3 Force on an Electric Current in a Magnetic Field #

27.4 Force on an Electric Charge Moving in a Magnetic Field # 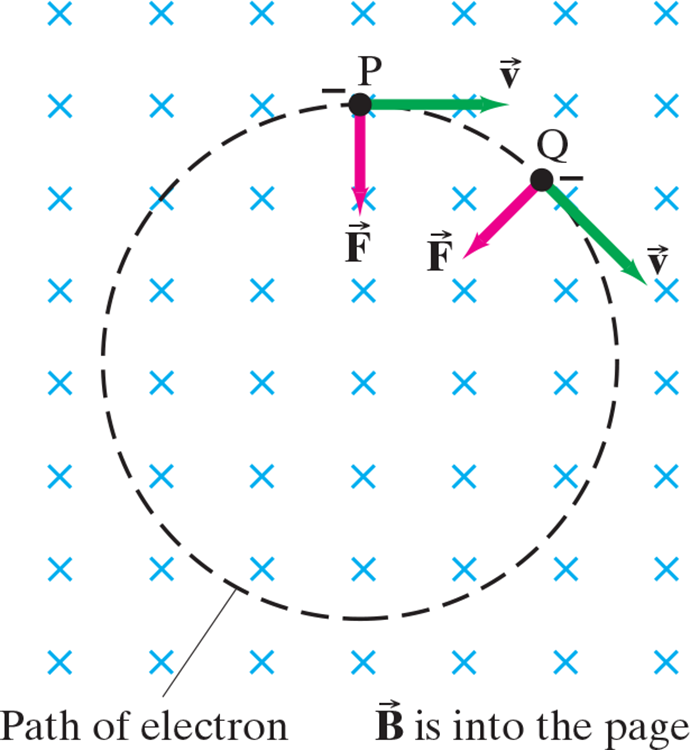 Force exerted by a uniform magnetic field on a moving charged particle (in this case, an electron) produces a circular path.

Magnetic fields are somewhat analogous to the electric fields, but there are several important differences to recall:

Calculating the torque on a current loop in a magnetic field .$\vec B$