Lenz’s law is used to determine the direction of the (conventional) electric current induced in a loop due to a change in magnetic flux inside the loop. (The loop may already be carrying its own ordinary current.) To produce an induced current you need (1) a closed conducting loop, and (2) an external magnetic flux through the loop that is changing in time.

29–3 EMF Induced in a Moving Conductor # 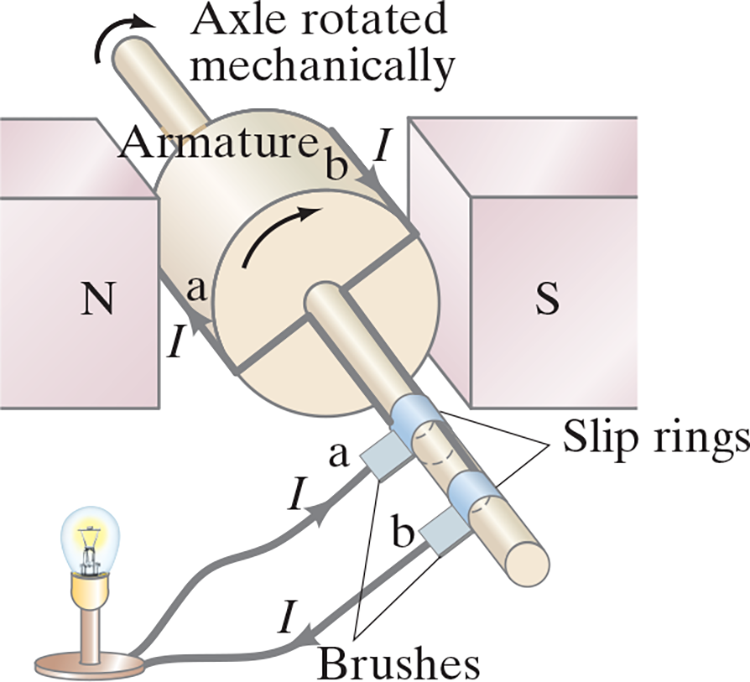 29–6 Transformers and Transmission of Power #

Forces Due to Changing .$\vec B$ are non-conservative #