(a) Each curve represents the relationship between .$P$ and .$V$ at a fixed temperature; the upper curves are at higher temperatures. The lower curves are not hyperbolas, because the gas is no longer an ideal gas. (b) An expanded portion of the diagram for low temperatures, where the phase can change from a gas to a liquid. 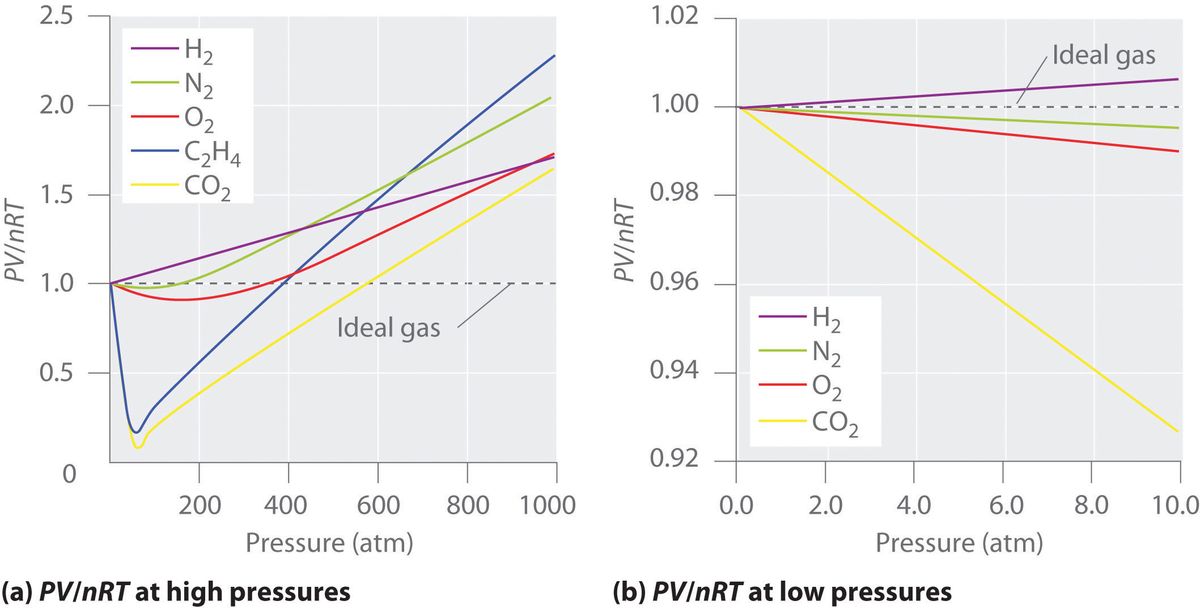 A typical phase diagram. The solid green line applies to most substances; the dashed green line gives the anomalous behavior of water 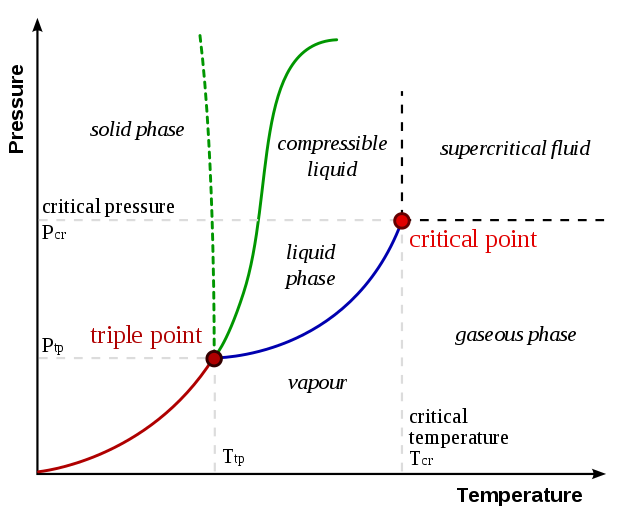