The capacitor divider is similar, differing in that the numerator is now the component closest to $V_{in}$ rather than closest to ground (as in the voltage divider with resistors) $$V_{out} = \frac{C_1}{C_1 + C_2} V_{in}$$ 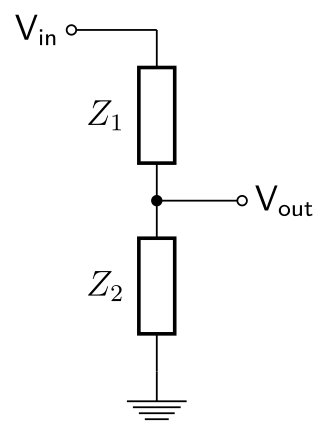 The voltmeter measures voltage across the circuit, while the ammeter needs to be put in-line with the circuit so that the current flows through the ammeter.

.$I=0$ occurs when in open-circuits, where exactly zero current is flowing.

Recall that, for a given voltage, the higher the associated resistance, the lower the current and therefore the lower the dissipated power. That is, .$\lim{R \to \infty} \Longrightarrow I = 0$

Voltmeters are added in parallel to the circuit, otherwise they would stop the current from flowing. 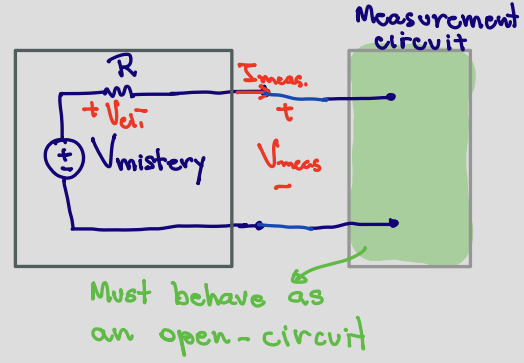 Ammeters are added in series to the circuit, otherwise they would short-circuit the measured component. 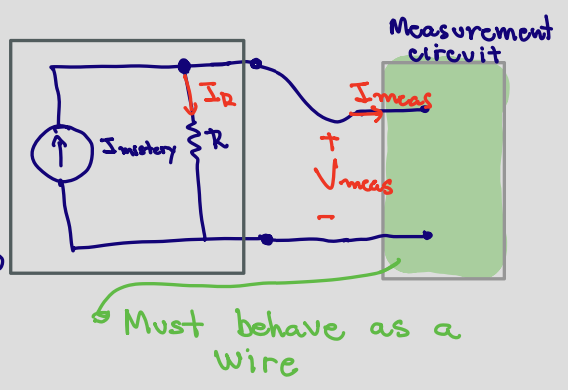